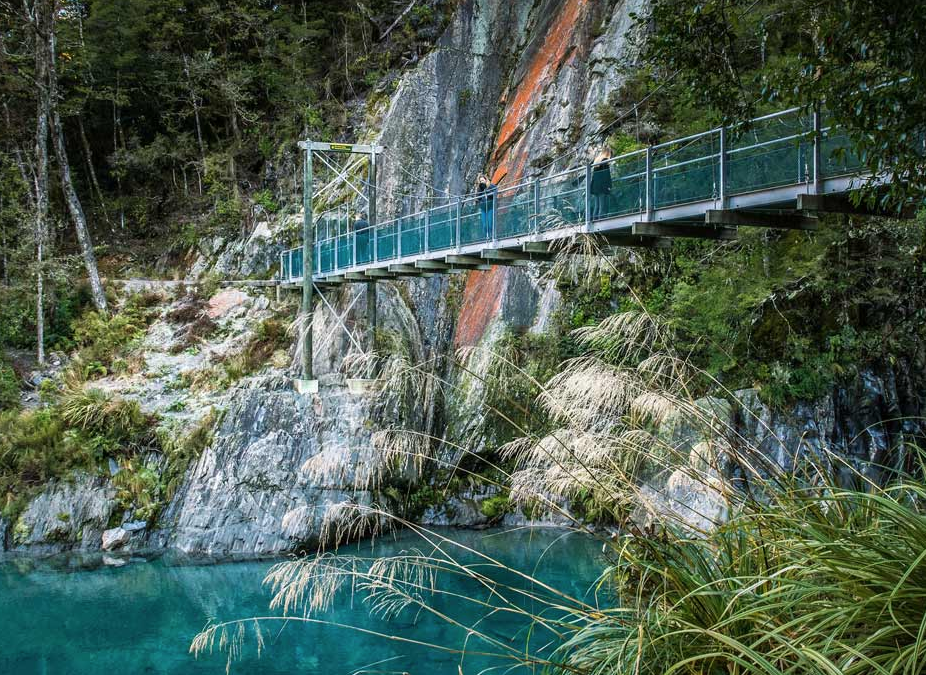 Wanaka is known for its stunning lake views, mountains and high country tussock typical of
Central Otago but you only need to travel a little way through the stunning Haast Pass and you would have thought you had entered a completely different nation, and Eco Wanaka Adventures can take you there!

The Haast pass is one of only three passes between the West & East Coast of the South Island. The first people to travel through were the Maori who had been using the route to travel to the west coast for fishing and to collect the precious Pounamu for tools and weapons. They called the pass Tiori-patea. A war party even used the pass to flank an
opposing tribe in 1836.
The first European to discover a route through the pass was Charles Cameron in 1863 although many doubted he had made the journey and the pass was named after another explorer, Julius von Haast, who found his way through a few weeks later whilst travelling across the South Island. It was only when Cameron’s’ flask was discovered at the pass summit sometime later that Cameron was recognised as being the first European to make the journey but by that time the ink was already dry on the map, and ‘Haast Pass’ it was known!
It is worth noting that the Haast pass is only 562 metres above sea level. Geologists love the exposed sections of mica schist that make up the pass geology but for most it is the magical forest and its lack of human occupants that really captivates you when you walk through the area. It is quite common for us to walk the whole Bridle Track up to the pass without seeing a single other human. There are no settlements along the pass road beyond Makarora until you get all the way through to Haast, with the main inhabitants being the native beech forest and the enchanting wildlife that it supports. The wildlife here are supported by the many traps that are maintained along the trail by the local Forest &amp; Bird Association in conjunction with the Department of Conservation, helping to keep Rats, Stoats and other pests at bay.
One original plan was to bring a railway through from the west coast to the Otago region but this never occurred. Therefore, the government settled for a bridle path for horses and carts to ply their trade along. Today we get to follow a section of the same trail blazed by those early pioneers on one of our most popular trips, which also stops in at the stunning blue pools and other fantastic sights along the way.